A few days ago I read a brief CBC article and tuned in for a video report about how vinyl records are making major comeback with Canadian music lovers.

I believe this statement (in bold above) to be true but I do not think the revival of LP’s will only be thanks to Canucks alone.

In 2015 I think we will see many music fans in many parts of the world pick up a record for the first time in decades or in their lifetime.

In recent months a few of my friends got record players and at the last few garage sales I held, I had a quiet-spoken teenager [or two] approach me with one question and one question only…

Do you have any records? 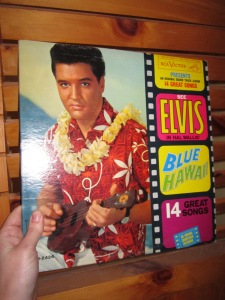 As second hand shopping and reaching into grandma’s closet for that “original” item become even more popular so will trying old music on for size.

Collectors want that rare album of their favourite band and awesomely scarce sound. What is having the band t-shirt when you don’t have the retro rock album to go with it?

I know of a few restaurants today that let you pay and play from an old jukebox machine and people freak-in adore it. I am calling it now that records will have a HUGE comeback in 2015.

What musician is hiding in my closet?

Before we jump head first into my boxes of records don’t forget to brush up on my previous Tip of the Week- How To Examine Vinyl Records Before Buying and past weekly jam Musical Mondays: Catchy and Collectible Vinyl Records.